Growing up, Debbie Sterlings favorite subjects were math and art, but she didnt realize her creativity and knack for numbers would set her up for a successful engineering career. In fact, she didnt even know what engineering was until college. Now, she is made it her mission to introduce young girls to engineering concepts in fun and engaging ways through GoldieBlox, her visionary line of toys and childrens media.

Each month, our Journeys of Innovation series tells the stories of inventors or entrepreneurs who have made a positive difference in the world. Hear it in their own words or read the transcript below.

When GoldieBlox launched, we just came out with a bullhorn, just saying, "No, this is wrong. And girls deserve more than just princesses, and girls can build, too." And that message went viral.

And very quickly, the dominoes just started to fall. And so, I think with the success of GoldieBlox, it was sort of a wake-up call to the toy industry that the times have changed, and that they needed to catch up with the expectations of parents today, which is like, I want my daughter to have every advantage that our sons have had.

MEGAN MILLER: In college, Debbie Sterling was inspired by the possibilities and promise of engineering. But as a woman in a male-dominated field, she faced an uphill battle to be accepted and heard. Fueled by her experiences, she invented GoldieBlox, a line of toys designed to get young girls interested in science, technology, engineering, and math, or "STEM." In doing so, she challenged the stereotypes that keep women out of these fields and started a movement in the toy industry that's breaking down barriers for the next generation of women.

I'm Megan Miller from the United States Patent and Trademark Office. I recently spoke to Sterling about her experiences as a female engineer, how she built an award-winning toy, and her mission to forge new paths for women in STEM.

Girls deserve more than just princesses, and girls can build too.

DEBBIE STERLING: My journey into engineering began when I was a freshman at Stanford and I was trying to figure out what I wanted to major in. And I stumbled into a mechanical engineering 101 class, something I probably never, ever in a million years would have considered had it not been for a high school math teacher who encouraged me to try engineering.

And when I went to that class, it was actually the first time in my life that I learned what engineering even was. And I was so excited because I learned that engineering is solving problems and inventing new ways to do things, to help people, and help make the world a better place. And I decided right then and there that it was what I wanted to do with my life.

But when I made the decision to major in engineering in college, what I didn't realize initially was it was going to be a very male-dominated major, and that in many classes, I was going to be one of very few women. 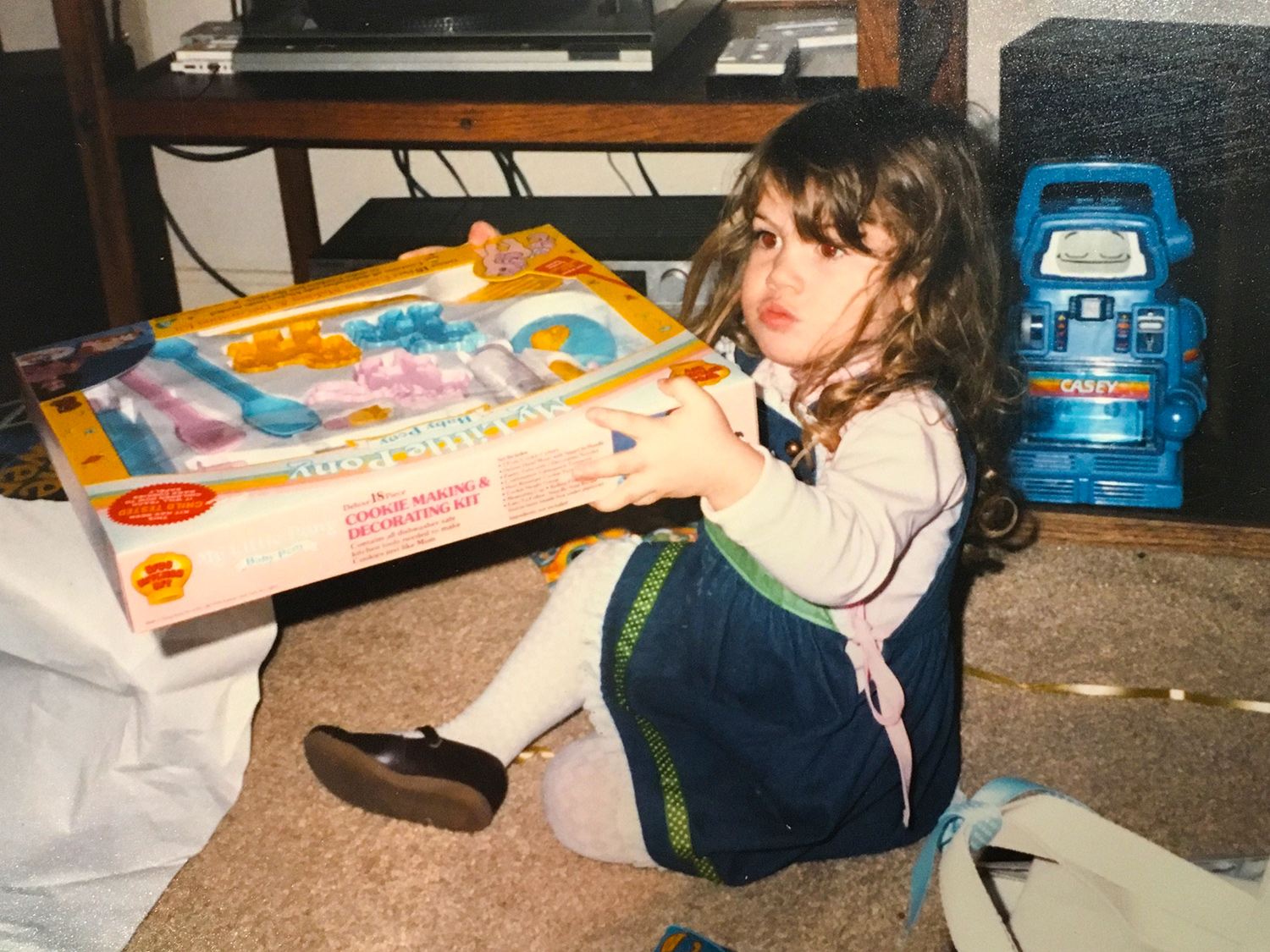 As a kid, Sterling spent much of her time playing with stereotypical "girls'" toys. By the time she got to college to study engineering, she felt others were better prepared and already knew the material, while she was learning it for the first time.

I faced a ton of adversity as an aspiring female engineer. I remember being in mostly male classes and working in group projects where a lot of the guys in my group would just sort of steam roll right over me. And I felt like I couldn't really contribute any ideas to the project, or they didn't like my ideas, or did not think I was smart enough or good enough to be there and be contributing.

I remember oftentimes just feeling like I didn't belong. And there was one episode in particular that was probably one of the most humiliating things that ever happened to me in my life—a couple of TAs in an engineering class that I had humiliated me in front of the entire room on a project that I'd actually spent a lot of time on and worked really hard on, but wasn't quite getting the material. And that was the moment that I really almost gave up and dropped the major entirely.

I had to keep reminding myself why I had chosen it and had to really kind of form the grit that was needed to stick with it when it seemed like so many people were questioning why I was doing it.

MEGAN MILLER: What gave you the idea to start GoldieBlox?

DEBBIE STERLING: The idea to start GoldieBlox happened at this event that I attended with my friends called "Idea Brunch," where we'd all get together once a month, cook a big breakfast, and then each person would get up in front of the room and pitch an idea for a few minutes, and then we'd all chat about it and move on to the next one.

And in this Idea Brunch, my friend Christy got up. She was complaining about how few women there were in our classes. And she attributed her interest in engineering to playing with her older brother's construction toys from a young age, and that those taught her how to build and tinker, and she always wanted to do engineering because of those toys. And she made the argument that girls aren't really encouraged to play with those toys. And if more girls were encouraged to play with construction toys, maybe more girls would want to go into engineering.

And so, it just hit me in that moment as I was sitting there listening to her that it felt like almost this life calling kind of moment, where it was like my whole life flashed right before my eyes, and it seemed to me clear as day that this was the best idea I'd ever heard. And not only that, but it was something that I had a unique experience and background to be able to tackle an idea like this and to build something.

Ever since that day, it's been the idea that's kind of gotten me up every morning and gotten me so excited to try and tackle this big idea.

MEGAN MILLER: What was your first step to get your idea off the ground?

DEBBIE STERLING: So the first step to get the idea off the ground was to really just start researching, because I did not have any background in the toy industry. So I spent countless hours going to toy stores, observing what was popular. I spent a ton of time just playing with kids, observing how they play, how girls and boys play differently. I read every research article that I could on boys and girls, articles by neuroscientists who study this sort of thing and who understand gender differences in the brain. And after months and months of researching, it led me to some really big "aha" ideas, that I think if I had just right away tried to jump to the solution, I never would've done it in the way that I did.

MEGAN MILLER: Can you tell me about those first prototypes and how you tested them?

DEBBIE STERLING: My very first prototypes were very rough, but the general idea was I wrote and illustrated a storybook about Goldie, the girl engineer, who builds machines to solve problems and help her friends.

And so my very first book that I wrote was called "Goldie Blox and the Spinning Machine," where Goldie builds a belt drive to help her dog, Nacho, chase his tail by spinning him around on the top of a wheel. And so in the story, Goldie is using a wheel and axle threaded with a ribbon to create a belt drive. And then these pieces are all available so that kids, as they read along, they can build the same belt drive that Goldie is building, and with little character figurines kind of spin the dog around.

And so I wrote and illustrated the story, and then I just used stuff from around the house and from the local hardware store and craft store to start prototyping these construction toy pieces. I wanted to kind of teach the basic simple machines of wheel, wheel and axle, and belt drive, and those sorts of concepts, using common household objects. Just very rough, rapid prototyping, to just get the idea that was in my head into a form where somebody could look and see and feel it and test it out.

And so finally, after doing these tests with over a hundred kids, I finally felt like I had something that was really successful, that kids were having fun with, that they could understand, and that they were learning from.

MEGAN MILLER: With prototyping and testing complete, Sterling went to the toy industry, confident she'd be able to drum up interest. But once again, stereotypes stood in her way. Toy industry insiders told her that while her cause was noble, her product would never sell. They said heavyweights in the industry had tried and failed to develop construction toys for girls. Girls just didn't want to build—they wanted to be princesses. So pitch after pitch, Sterling came up empty-handed, but she didn't let that stop her. During our conversation, I asked her how she bounced back after repeated rejection.

This article could see it integrally in the source: https://www.uspto.gov/learning-and-resources/journeys-innovation/audio-stories/building-blocks-opportunity